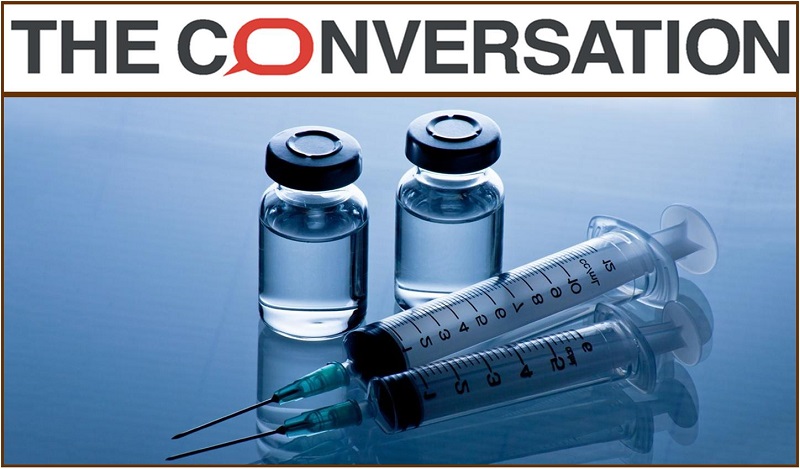 The coronavirus 19 scare is being exposed as a hype and political-pharmaceutical scheme of control every passing day by skeptics. However, vaccine advertisers are taking this opportunity to use the corona “pandemic” to sell the history of polio incidence as proof of vaccination’s success.

An academician named Carl Kurlander of the University of Pittsburgh, PA, published an article “The deadly polio epidemic and why it matters for coronavirus” in The Conversation on March 25th. In the article, he includes the clichéd narrative of how it was all gloom-and-doom due to a polio epidemic worldwide until the polio vaccine arrived in the 1950s. All that old story of made-up numbers and sloppy inferences I have answered in my blogs elsewhere.

But it’s worth noticing that the author refers to President Roosevelt’s “polio” – or what was assumed at that time. The author writes:

President Roosevelt, who kept his own paralysis from polio hidden from the public, organized the nonprofit National Institute of Infant Paralysis, later known as the March of Dimes.

What he doesn’t seem to know, or chooses to ignore in his story is the revision of the long-held (and propagated) history bite that Roosevelt had polio. It’s been found as early as October 2003 that new evidence suggests that Roosevelt didn’t have polio, but Guillain-Barre Syndrome.

This puts those widely propagated numbers of the nearly 58 thousand polio cases of 1952 in US to speculation and skeptics of the vaccine-centered narrative of polio history have been raising this question for years now. Due to the lack of wide-scale lab-testing for poliovirus, doctors back then diagnosed patients based on a few symptoms of polio that are shared with Guillain-Barre Syndrome and a number of other conditions. How many were the lab-confirmed cases of polio in those years? This is the question that vaccine advertisers won’t take up, and for obvious reasons.

Jumping to make pre-believed assumptions for conclusions is another feature of vaccine propaganda. Thus our author in question here goes on to conclude:

Ultimately, poliomyelitis was conquered in 1955 by a vaccine developed by Jonas Salk and his team at the University of Pittsburgh.

Many expert vaccine skeptics have debunked this claim over and over. I’ll link to Dr. Suzanne Humphries talk on this topic. Her 2013 book Dissolving Illusions is a treasure of information and reference literature in medical history.